About QCC MenuOpen side menu 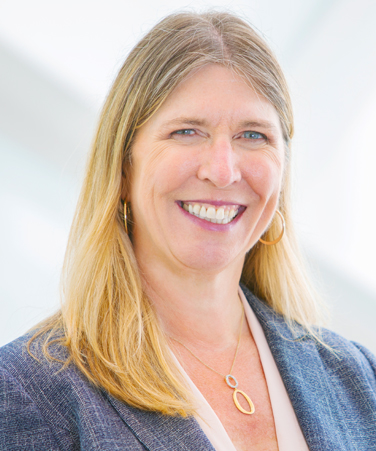 Dr. Christine Mangino, the sixth president of Queensborough Community College, formerly served as the Provost and Vice President for Academic Affairs at Hostos Community College of the City University of New York.

Dr. Mangino is an alumna of the Aspen Presidential Fellow for Community College Excellence, a leadership program that prepares community college presidents to transform institutions to achieve high and equitable levels of student success.

She began her tenure at Hostos as an Assistant Professor for Early Childhood Education in 2004 and soon after served as Coordinator, Chairperson, Associate Dean for Academic Affairs, and Interim Provost. Prior to Hostos, Dr. Mangino taught in both an early childhood center, as an elementary school teacher, and later on as an adjunct professor at St. John's University. She served on nine doctoral dissertation committees, chairing four of them. Dr. Mangino began her education earning an Associate's degree from Nassau Community College, a Bachelor's and Master's degree in education from Hofstra University and a doctoral degree in Instructional Leadership from St. John's University. Like many community college students, Dr. Mangino was the first in her family to attend college.

Dr. Mangino presents at national and international conferences on topics such as differentiated instruction, learning styles, and leadership. She was an invited keynote speaker for faculty at Oregon State University, the 21st Century Principals Forum in Beijing and Shanghai, China and for an international Learning Styles conference in Denmark. Dr. Magino has served her community as the co-president of the North Merrick Special Education Parent Teacher Association, a Girl Scout leader, and a volunteer counselor for a suicide hotline.

Queensborough Community College of The City University of New York is located on 37 acres in Bayside, New York, on the former site of the historic Oakland Golf Club. Bayside is a community of nearly 100,000 residents in northeast Queens and borders Nassau County, Long Island.

Queensborough is accredited by THE MIDDLE STATES COMMISSION ON HIGHER EDUCATION, one of seven regional accrediting bodies in the country.

The nursing program is accredited by the Accreditation Commission for Education in Nursing, Inc.

Business programs are accredited by the Accreditation Council for Collegiate Business Schools and Programs.

The Art Department is accredited by the National Association of Schools of Art and Design.

The dance program in the Health, Physical Education and Dance Department is accredited by the National Association of Schools of Dance (NASD)

As a publicly supported institution, Queensborough offers the opportunity for students to complete their degrees without the debt often associated with a college education.

Queensborough is located in one of the most diverse counties in the United States – Queens County, New York. As of Fall 2020, the college comprises nearly equal populations of African-Americans, Asians, Caucasians and Latinos, representing 117 nations of birth and 64 native languages.

Ethnicity of Queensborough students by percentages

More than half of Queensborough associate degree recipients transfer to a CUNY baccalaureate program, the highest of all CUNY community colleges.

Some of the more commonly attended senior schools for Queensborough graduates include:

With help from a $142 million grant to CUNY by the City and State of New York for capital projects, Queensborough Community College is making many improvements on campus. Current improvements include the first phase of renovation to the Science Cafe and the enclosure of the Science Building courtyard, thus creating an indoor dining and banquet space. Renovations will also make the Queensborough Performing Arts Center (QPAC) more accessible and improve infrastructure across campus.

"INFRASTRUCTURE IMPROVEMENTS TO OUR CAMPUS ARE ABOUT THE FUTURE OF QUEENS. THEY DRIVE INNOVATION & ECONOMIC GROWTH FOR GENERATIONS." - DR. DIANE B. CALL, PRESIDENT

After being selected to receive $1 million from the Green Innovation Grant Program, a major reconstruction of Queensborough's main parking lot will combat storm runoff which currently flows through a storm sewer to the Alley Creek wetlands and Little Neck Bay. Asphalt will be replaced with porous asphalt. In addition, two planted areas will retain rain water and filter pollutants, and a new tree-lined pedestrian entrance will connect the main gate and central quad.

Queensborough is home of the TIGERS, who participate in the CUNY ATHLETIC LEAGUE.

Queensborough is home to the KURT R. SCHMELLER LIBRARY, a central hub for student learning on campus that combines state-of-the-art technology with traditional library services. The goal is to foster excellence in teaching, learning, and research, and to develop competence in information literacy.

Library archives include documents and photographs related to the history of the college and the community, and the legislative archives of former New York Senator Frank Padavan.

The KHC uses the lessons of the Holocaust to educate current and future generations about the ramifications of unbridled prejudice, racism and stereotyping.

QPAC is an invaluable entertainment company in this region with a growing national reputation. The arts at QPAC continues to play a vital role in transforming lives and building stronger communities.

The QCC Art Gallery of the City University of New York is a vital educational and cultural resource for Queensborough Community College, the Borough of Queens and the surrounding communities.